The YiZhan/JJRC Tarantula X6 quadcopter RX/TX uses the WLtoys v2x2 protocol which is known to have good range. This was the case with the original YiZhan Tarantula X6 (no longer commercially available) where the range was excellent (up to 300 meters in many cases). Unfortunately, the later/current builds do not have the great range of the original, in most cases is no more than 150 meters. To make things even worse, there are reported signal drop-outs and laggy behaviour when the quadcopter is over 60-70 meters from the transmitter.


In search for a solution, I’ve tried to find more information about the radio chip and its circuit so that I could try to mod the transmitter to extend the range. Upon close examination of the radio circuit, I’ve noticed that there are actually two antenna placeholders on the PCB, with only one connected from the factory.
The mod is pretty simple and inexpensive: to extend the range we need to have both a horizontal and a vertical antenna, the later one coming out of the TX case as much as possible (you can remove the external antenna, it is fake). I bought this antenna and solder it on the other antenna placeholder on the TX PCB, creating a system of two antennas.
The following pictures show the mod performed to the Tarantula TX. 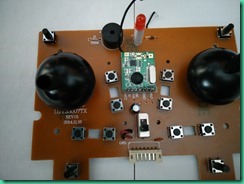 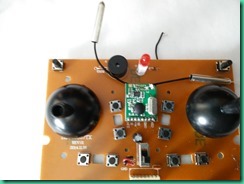 The Tarantula TX now after the mod. The red arrow is ANT1 (the vertical one), the blue arrow is ANT2 (the horizontal one and how it is placed inside the TX case) 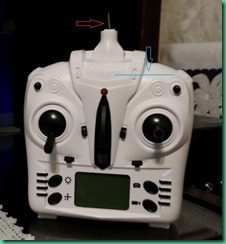 Performed a small test flight outside my house and everything works great. I did not get up higher than 20 meters but I noticed that the controls do not lag anymore at 60-70 meters away.
When weather permits, I will do a test flight at the field in order to gain more information regarding this mod.
Αναρτήθηκε από Frontier στις 7:21:00 PM 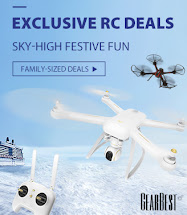